2014: A review of my photographic year

2014 has been a relatively quiet year, photographically, compared to previous years.  There have been times when whole months went by without me picking up my camera and whilst I have taken plenty of images throughout the year, I’ve published far fewer on to Flickr or this website.  In fact, my images published to images taken ratio has probably hit an all time low and I’m not really sure why.  A recent blog post by Greg Whitton resonated with me somewhat and melancholy is probably the perfect word to sum up my feelings towards my own photography for large portions of 2014.

As part of the self-reflection to try and understand the cause of this photographic ‘meh-ness’, I started to look through my Lightroom library for images taken over the last year to find my favourites and think about why I like them and why I enjoyed photographing them, as well as looking at what didn’t work for me and why, at times, I’ve offloaded a memory card full of images and considered deleting the lot!  As such, I’m going to share the highlights of my 2014 year in photography, and use it as an opportunity to share some of my more recent work on this site (something I’ve been pretty poor at doing of late!)…

I’m starting off with these two images from Anglesey taken at the tail end of December 2013 (counting them as 2014 as not offloaded/edited until January).  My in-laws live in mid-Wales, near Lake Vyrnwy, so every Christmas or New Year, we spend about a week up there, giving me the opportunity to get out into the rugged Welsh landscape.  This was a cracking day spent on the beach photographing the waves, and then onto Llanwyddyn Island as the tide receded ahead of sunset. 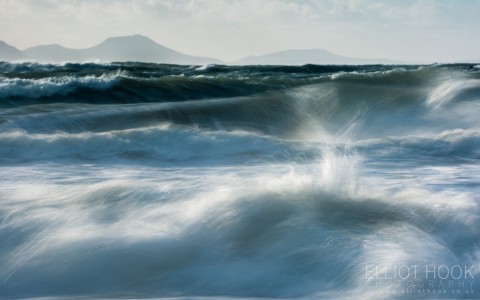 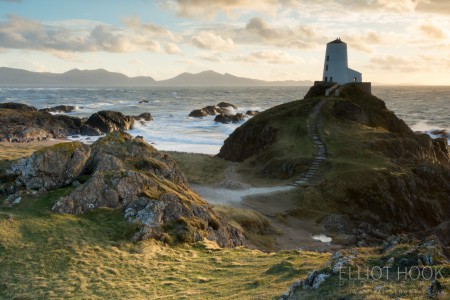 The next image was taken in January, photographing some of London’s easily accessible wildlife.  The cormorants and herons of some of London’s parks offer great opportunities to take some very close portraits.  I particularly liked the dark green/black background of this image really highlighting the water droplets and detail of the cormorant. 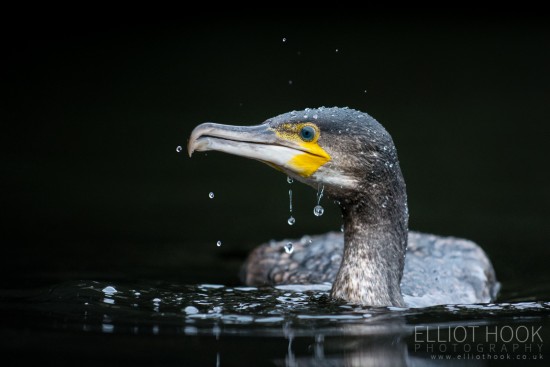 The next two were again taken in 2013 but not processed/published until 2014, and both were taken in Iceland.  I came back from my Iceland holiday disappointed with the images I’d taken, primarily because we had a rough time with the weather and so I didn’t have the opportunities I was hoping for.  However, after leaving the images unprocessed for a few months I cam back to them without that tinge of disappointment but with a fresh set of eyes able to see the potential.  On the left is a low key image of Skógafoss, one of the popular spots on the south of Iceland, and on the right is an image taken on the black sands of Vik Beach.  The dark mono processing applied to each amply describes the mood of the weather during our time in Iceland and so now, for me, these are two of my favourite shots from that trip (more of which I will upload into the galleries here soon). 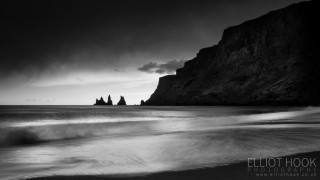 I spent a fair bit of time in the spring (relatively, alongside moving house) trying to photograph water voles in the peak district.  These are one of my favourite species to photograph and I came away with plenty of images from the few trips, so I could only whittle down as far as three favourites. One reasonably environmental, one relatively close portrait, and one swimming straight at the camera.  I’m hoping to spend more time photographing these again next spring. 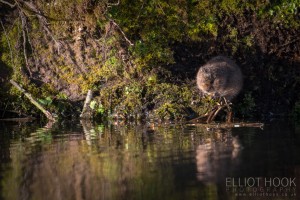 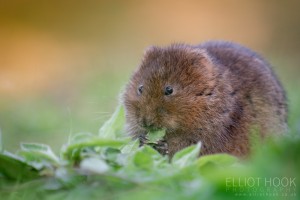 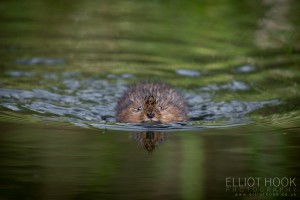 In the middle of the year, I acquired a Hoya R72 IR filter with the intention of exploring infrared photography.  My first experiences were relatively positive, however I soon found that both of my wide angle lenses tend to give awful hot spots that result in a large, low contrast, soft area right in the centre of the frame.  Whilst that spoilt the fun for me somewhat, I did take the opportunity to try out the filter at one of my favourite local spots, Hitchin Lavender, and ended up taking one of my favourite images of the year: 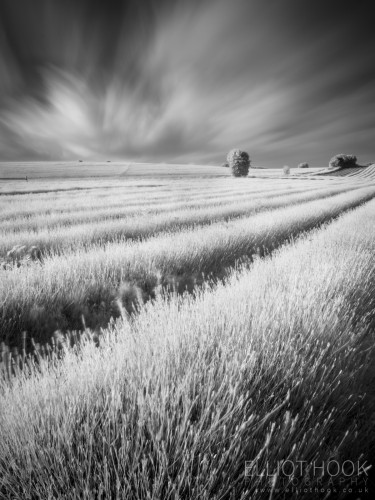 One of the highlights of 2014 was a two-night stay on the island of Skomer, just off the Pembrokeshire coast, in July.  Skomer is famed for its huge puffin colony, and with two nights on the island, we had plenty of opportunity to photograph them at both sunset and sunrise.  I’ve got lots of puffin images that I’m really pleased with, a subset of which are on flickr, however I intend to put a small blog post together about our stay on Skomer with plenty more photos.  In the mean time, below are three of my favourite puffin images from that trip. 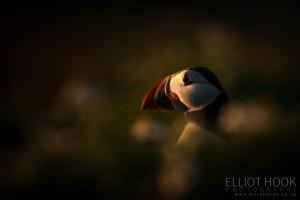 In September, my wife and I took a small break away to the Gower, which meant a perfect opportunity to spend a bit of time out photographing on the coast.  I’d forgotten how much I love photographing the sea and those few days away reinvigorated my love of the landscape.  The Gower has so many fantastic beaches in a relatively small stretch of coastline that one can’t help but be inspired to shoot the sea, whether it be vast open sandy beaches, dunes, rocks or cliffs, the Gower has it all. 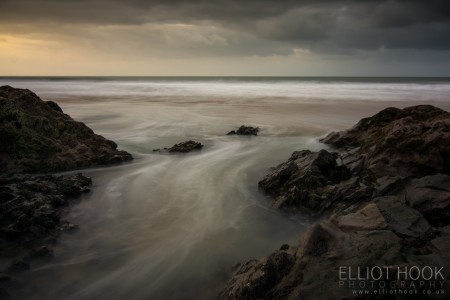 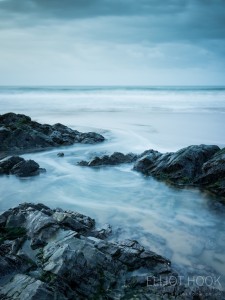 In November, I took a trip to Havergate Island, Suffolk, in order to photograph the resident hare population.  We had a relatively successful trip photographing the hares there in early 2013 but after the tidal surges of Winter 2013/14 ended up flooding the island entirely, devastating the hare population, we weren’t sure what to expect.  When we got onto the island, it didn’t take long for us to locate the hares, probably seeing six to seven individuals throughout the entire day – not as many as pre-tidal surge, but a seemingly healthy number.  Havergate is a strange place, as the hares reside in a gravelly area full of gorse – not typical hare habitat – but they are very accommodating meaning you can get some really interesting close up images.  My favourite image is below, a close crop of an eye of a hare, limited only by the close focussing distance of my 70-200mm lens – I would have been better off taking my macro lens for the shot I had in mind, but I’m still pleased with this nonetheless. 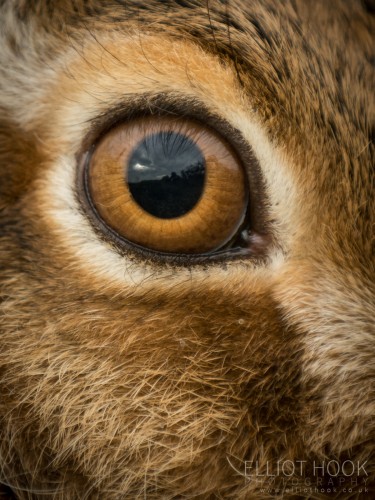 My two final highlights of 2014 were fresh of the back of my eagerness to get back out in the landscape, so I took any opportunity I could to get out with my camera in November and December.  Both of these below were taken in Suffolk – the image on the left taken at Southwold and the image on the right taken at Herringfleet.  They’re two very different images, but again both are real favourites of mine from this past year. 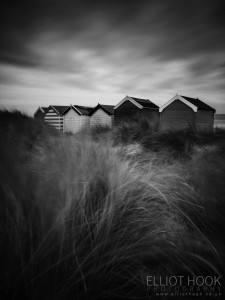 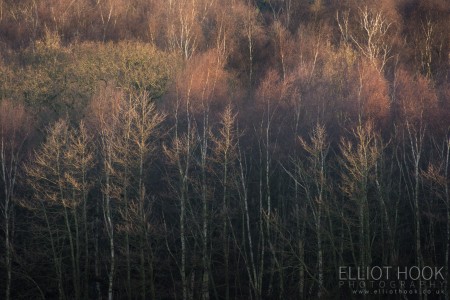 That’s about it for my 2014 highlights, on the whole a good range of both wildlife and landscape I think.  I’m writing this pre-Christmas, before we go away, so I’m hoping to squeeze in some more photography over the break before the end of the year, though I’ve yet to settle on any locations for whilst we are in Wales.  I hope you’ve enjoyed seeing some of the images I’ve taken this year, and I’ll take this opportunity to wish you a Merry Christmas and a Happy New Year.