As controversial a subject that bluebell photography can be amongst the UK landscape photography community (well, not bluebells per se, but shooting seasonally obvious subject matter with little imagination or thought for originality), they’re still a highlight of my photography calendar as they are indicative of spring being fully underway.  I relate bluebells to the fresh green foliage of the beech woodland, longer days and the brighter outlook that spring can bring after a long, grey winter.

With the prospect of another bluebell ‘season’ approaching, I looked back over my images from 2015 and realised that there were a number of images that I ended up not sharing.  I often like to sit on images for a little while to try and get over the ‘loving my recent photography’ syndrome and ended up sitting on these for long enough that it was virtually summertime before they would have been shared, which just felt wrong.

These are my two favourite bluebell images that I have already shared on here: 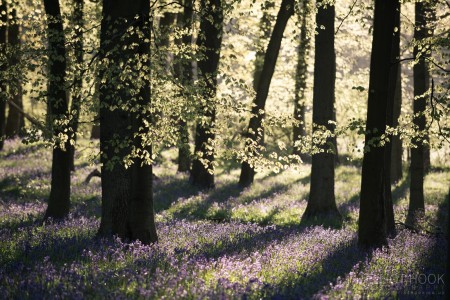 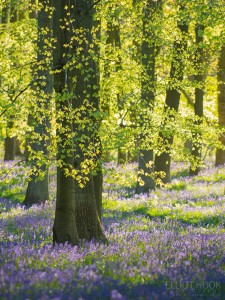 But nearly a year later, now they are again seasonally relevant (if not recent) and in a continued effort to not let images languish on my hard drive, I thought I’d share the rest of the images that I have kept.  I only actually made one trip out to photograph the bluebells last year so all of these images are from one reasonably productive morning (reasonably productive = a handful of images).  In fact, I’ve already discussed how the above two images were taken within yards of one another, just minutes apart, and what I’ve realised whilst looking back through my images is that all of them were taken within a 30 minute window, probably no more than a few tens of yards apart.

So a reasonably productive few minutes….

The first one is a reprocess of one of the above images.  I often experiment with the processing to see how different processing styles give different results and then try to decide which image either best represents the scene as I remember it (e.g. the above) or whether a different approach gives a different mood or feeling to an image that takes it beyond what I originally captured.  In this case, I was drawn to the contrasts of the dark tones of the trunks and long shadows, with the highlights of the leaves catching the sunlight – which lead me to a conversion to black and white.  It may seem counter intuitive for a subject matter that typically relies on colour but a the result works pretty well for me: 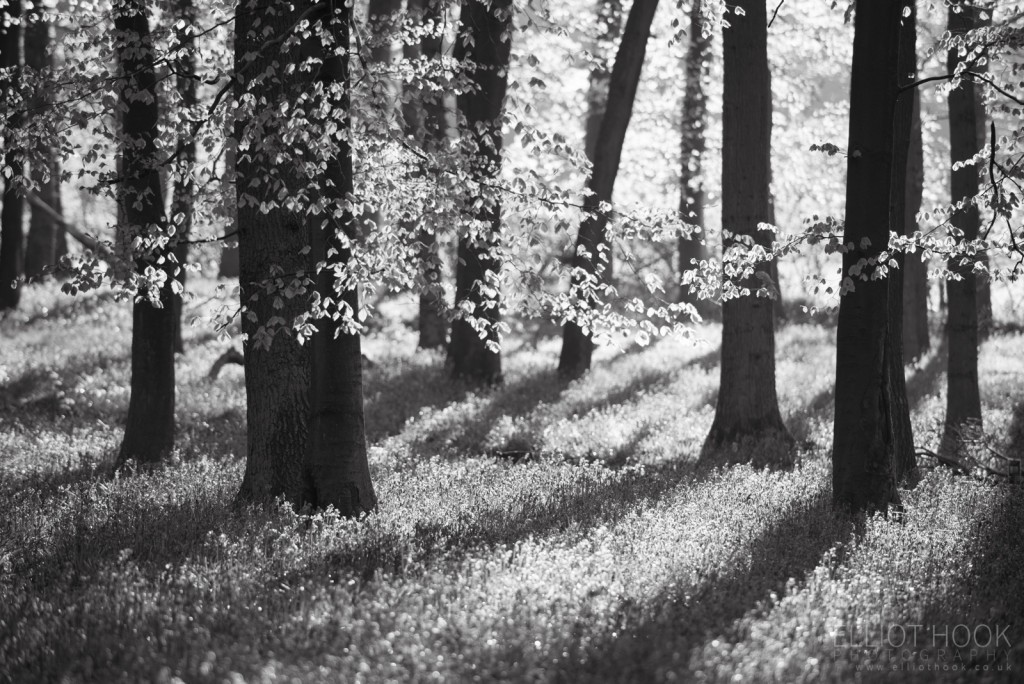 All of the images taken in that productive window were taken with my trusty 70-200mm lens.  When coupled with a full frame sensor, I’m convinced there is no better focal length range for the majority of the landscape photography that I find appealing, especially within woodlands.  It allows for more detail oriented shots, such as this, below, where the bluebells are merely a supporting wash of background colour in what is otherwise an image about the shapes and tones of a sunlight woodland: 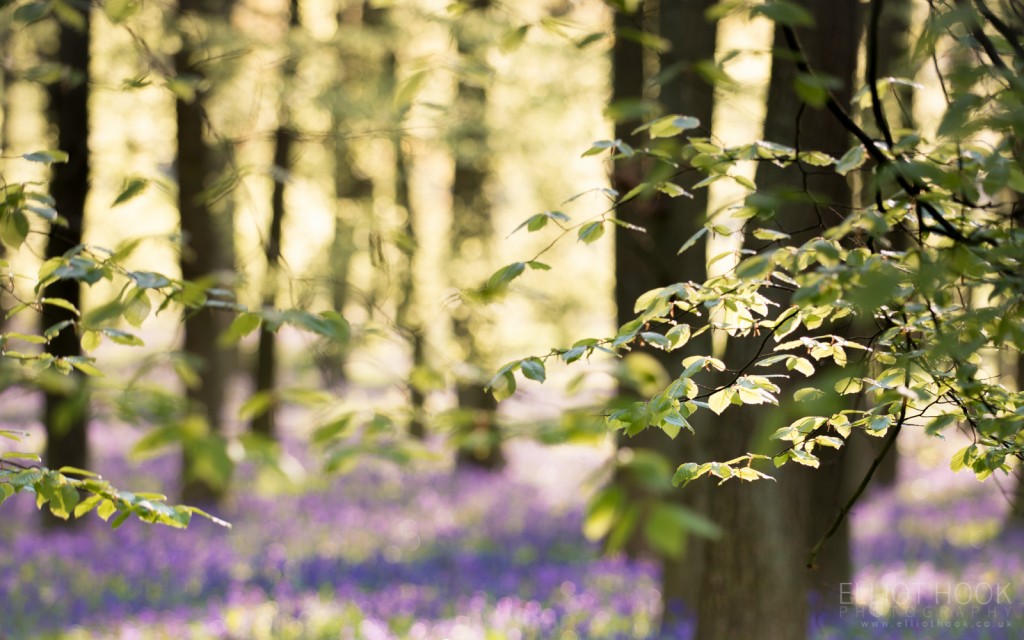 And at a focal length of 200mm, it’s amazing how a change in focal point can change an image completely, taking advantage of the narrow depth of field to throw the foreground leaves out of focus, and make the bluebells the central attraction again… 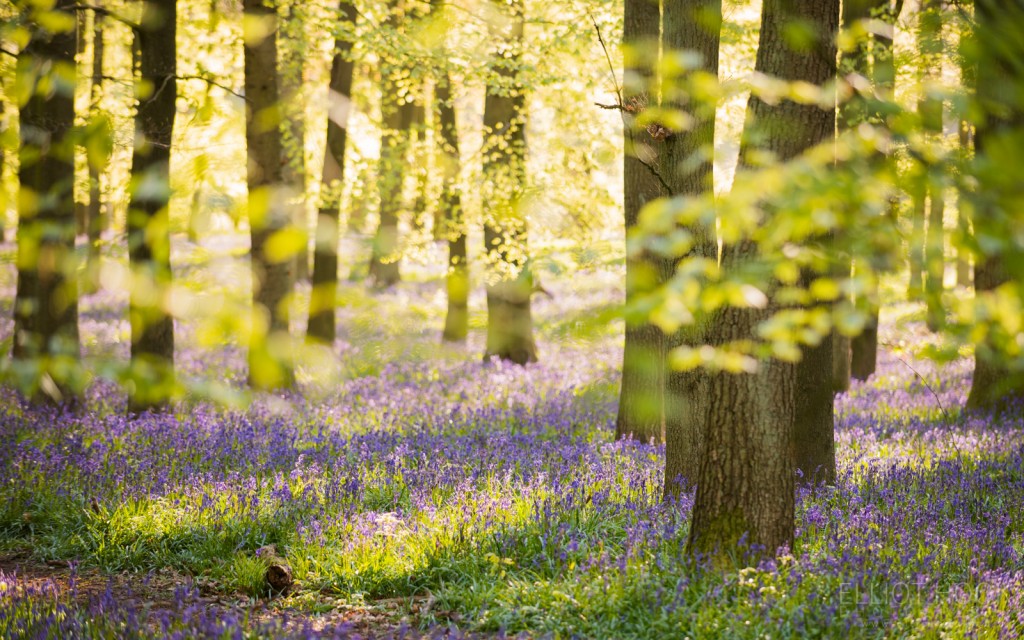 This portrait orientation image was taken within minutes of one of my previously shared images, but with a narrower aperture to give more depth of field.  This is another time when the telephoto focal lengths pay dividends, compressing the perspective and increasing the density of the bluebell carpet in the frame.  This dense purple carpet would be lost at wide angles, and the greater depth of field gives the image a different feel to the dreamier finish on the above shot… 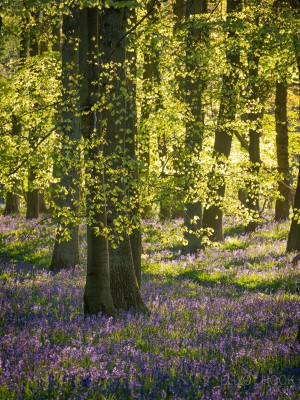 This final image is the widest of the bunch, taken at 70mm.  I was keen to really emphasise the long shadows created by the early morning sunlight but struggled to do so on a number of attempts until this image.  Again, wider focal lengths lost all impact of the dense bluebell carpet and brought in too much blank sky, highlighting gaps in the woodland canopy; 70mm was the perfect balance here. 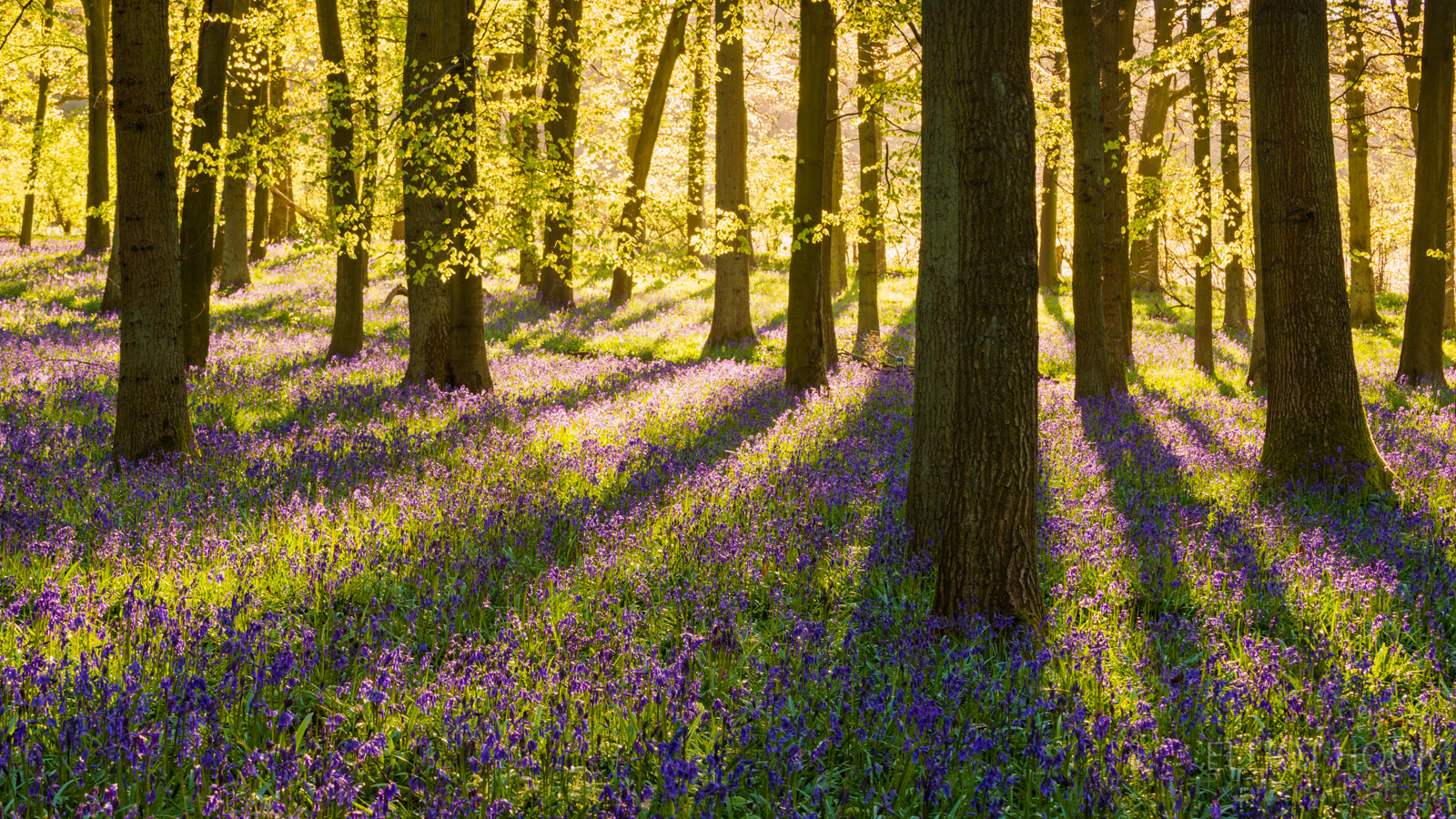 By now I suspect you can see the commonality between the majority of the above images where I’ve reused compositional elements multiple times but I hope you’re not sat there thinking that these are all just the same image.  They’re definitely images along a theme and, for me, theme isn’t even bluebells, it’s just about the light reacting with the woodland.  In my mind these images stand above the others taken that morning because they are images that represent a spring morning in a woodland that happens to contain bluebells, rather than images of bluebells for bluebells sake.

Ultimately, they all capture that feeling of spring that makes me want to get up at 4:30 am and do it all again this coming weekend!