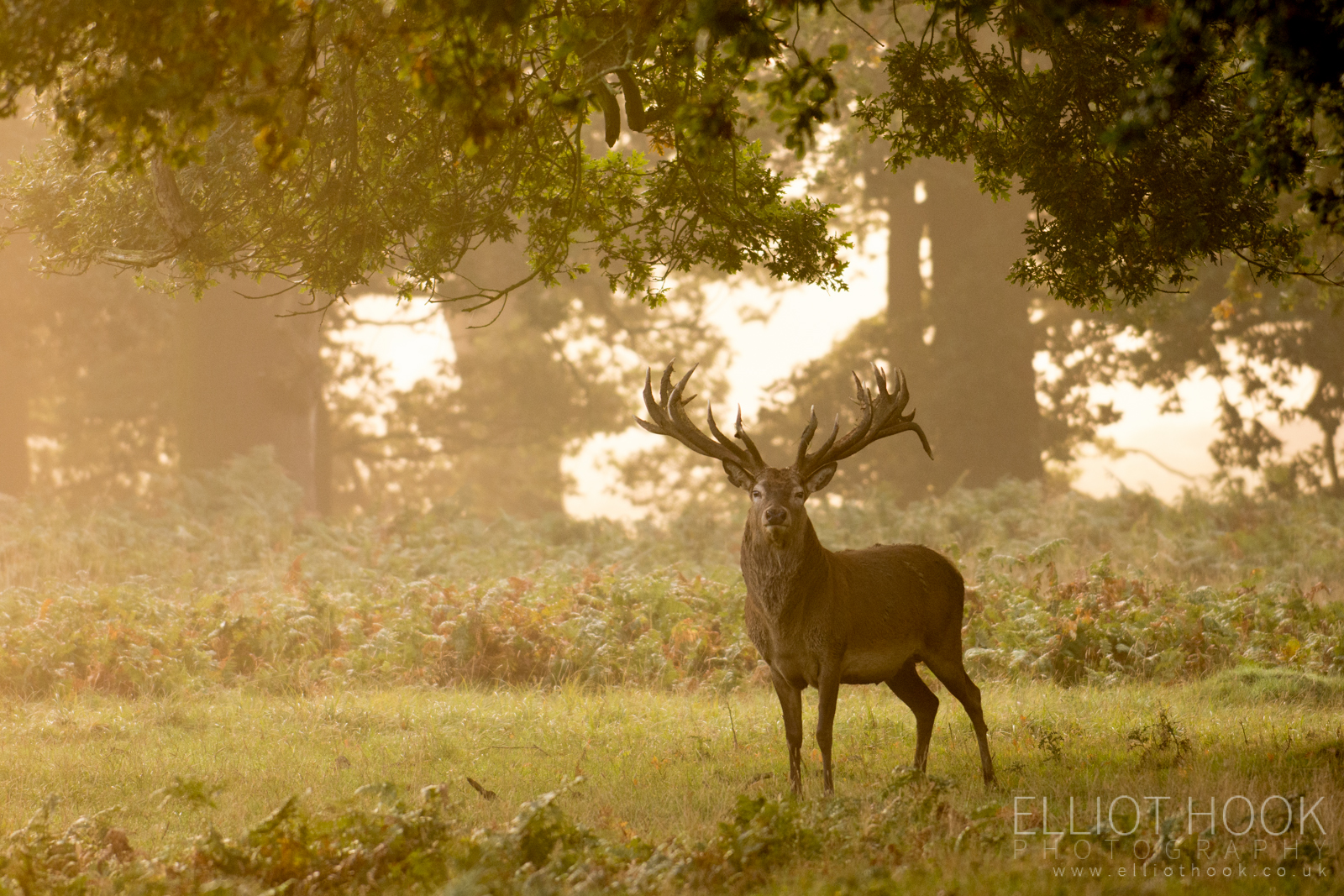 Autumn is a favourite time of year for me; cooler temperatures, changing leaf colours, more favourable sunrise/sunset times and of course, the Red Deer rut.

I tend to do most (if not all) of my deer photography at Woburn Abbey Deer Park, a huge park land in Bedfordshire that is home to nine species of deer.  It can be a little more restrictive than some of the London parks, such as Bushy or Richmond, as it is vast with only a handful of footpaths (that you have to stick to), however there is a very good population of red deer that are fascinating to photograph at this time of year.

The rut seemed to be later this year than previous years, I suspect due to the long warm summer we’ve experienced, however that meant that I made more trips to Woburn than in previous years and so had a chance to collect a good range of images.

Woburn is, after all, a deer park associated with an Abbey, so it was great to get a chance to photograph a bellowing stag against the back drop of the house, in the warm light of the setting sun: 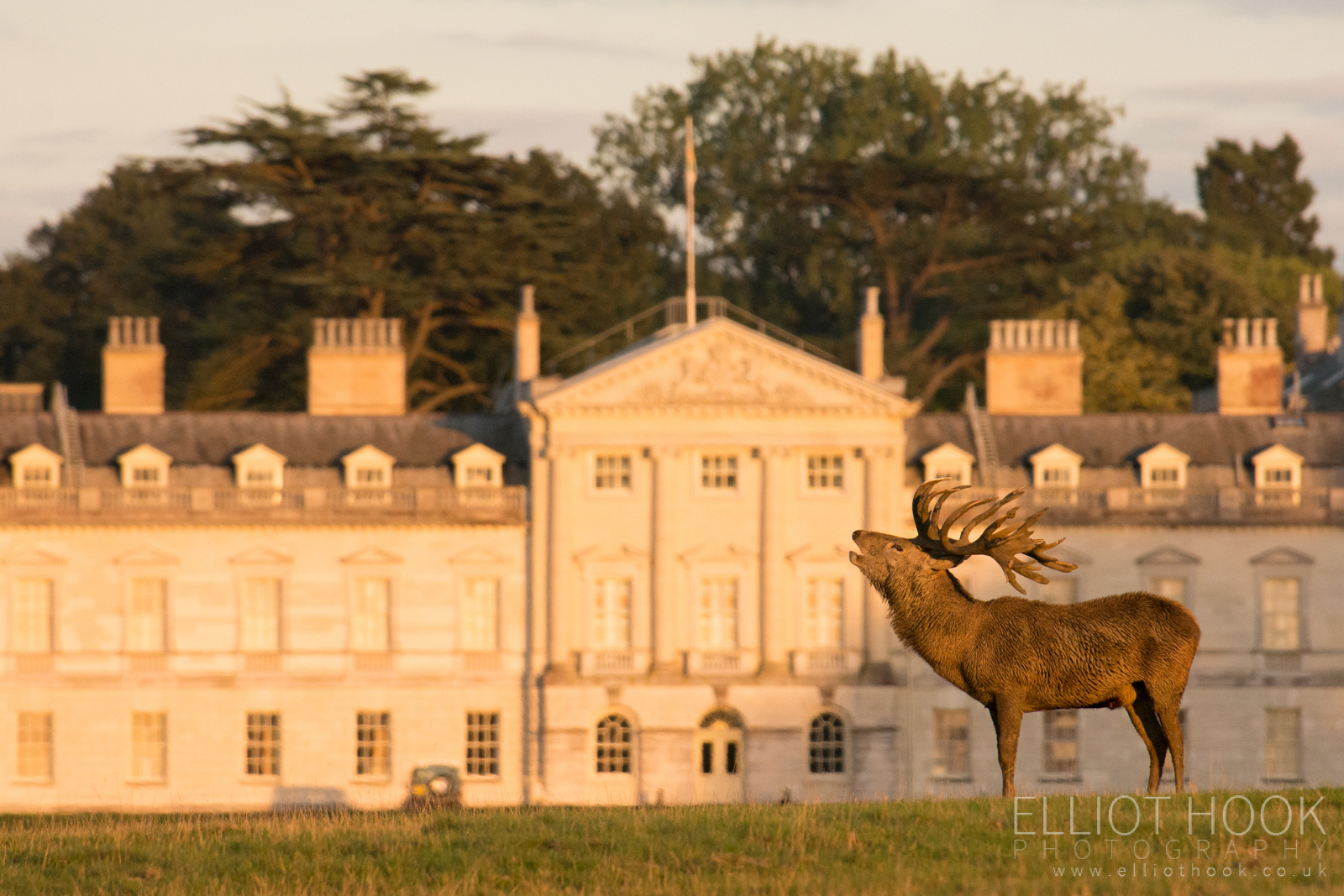 Behaviourally, the rut is an awesome time to be watching the red deer.  At any other time of year, as you approach deer, they will always retreat away from you however during the rut, the stags will more often that not stand their ground, and on occasion walk straight towards you.  As long as you keep a safe distance, it is perfect for capturing aspects of their behaviour that you don’t see for the rest of the year.  Bellowing is a prime example of this behaviour, where the stags almost roar to try and show their dominance, the deeper the more impressive to the hinds.  When the rut is in full swing, the bellowing forms a constant background hum as all of the stags within a herd try and out-do one another. 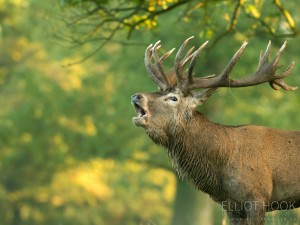 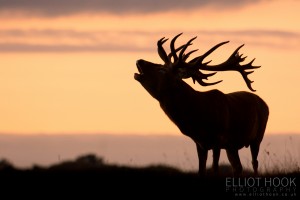 Another prime behaviour is fleming.  This is where the red deer stags draw their top lip back and sense the air for either rival stags or receptive hinds:

Alongside the bellowing and the fleming, the stags try to find other ways to impress the hinds or intimidate their rivals.  This is usually raking up either grass or ferns into their antlers, covering themselves in mud or urinating on themselves (I decided against posting that picture).

As the rut intensifies, these behaviours become more frequently observed, however you know the rut is in full swing when two stags actually come to blows.  There is often a lot of chasing, as one stag tries to protect his harem from his rivals, however if you see two stags walking side by side, be prepared to see them fight, as they are then sizing one another up.  This year at Woburn, I was lucky enough to see two stags battle it out for a good few minutes, close enough to the path to capture it in camera. 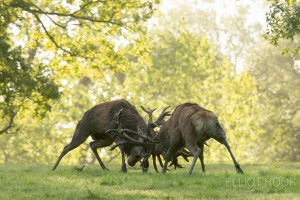 The first thing that amazed me about this battle was the sheer power being exuded by both stags.  The force with which they lock antlers is amazing and you can see the huge amount of muscle they have in their upper bodies – they are built for this moment.  One of the stags was much stronger than the other, meaning they were covering some ground as they fought, so I had to keep retreating, recomposing and shooting to make sure I kept a good distance. 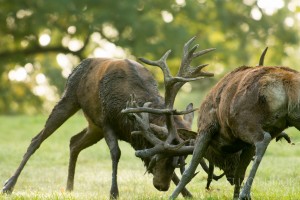 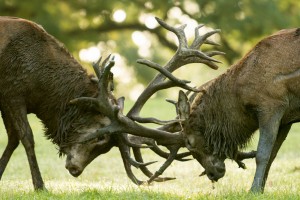 This battle ended when the weaker of the two stags got tangled with a dropped branch, but after that point the mood in the area changed significantly with all of the stags in the area becoming even more vocal and wound up.  It was quite a sight and one I’m glad to have captured.

This was my last visit to Woburn during the rut and though the Fallow Deer rut usually happens a few weeks later, I don’t think I’m going to be able to make it over there in time.  Hopefully, if we get a good winter full of snow, I’ll manage to get over there for some different images, but until then, I’m quite please with the range of images from this last month and am already looking forward to the rut next year! 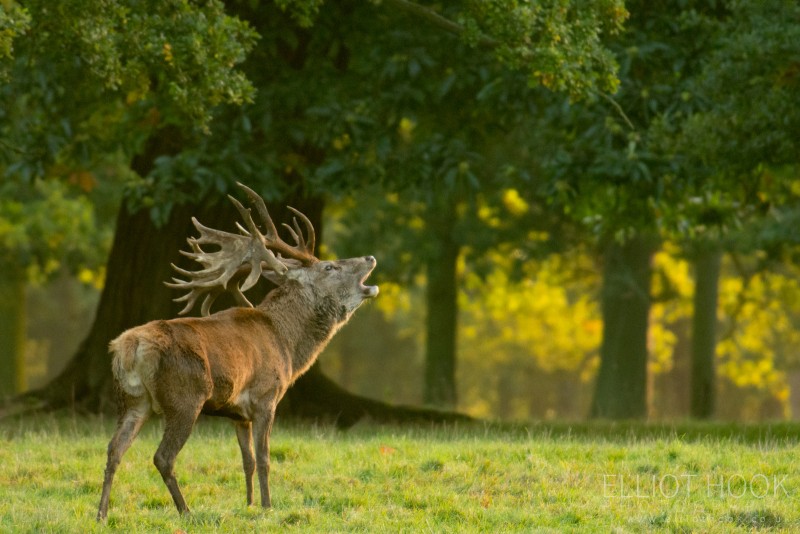