I’ve got another overnight stay on Skomer island booked in a few days time and, having stayed there twice previously, I thought it a good idea to revisit the images I took from my 2015 trip, as well as look at my puffin portfolio overall, to help shape my ideas for images for the forthcoming trip.  Looking at images in this way is a useful exercise as it helps you identify trends in the images you’ve taken to identify certain styles of images to either focus on or avoid as well as to remember any mistakes/issues to avoid when shooting the same subject at the same location.

It also occurred to me that my puffin gallery hasn’t been updated to include images from my 2015 trip, so I thought I’d share them here as part of my own review of my images. 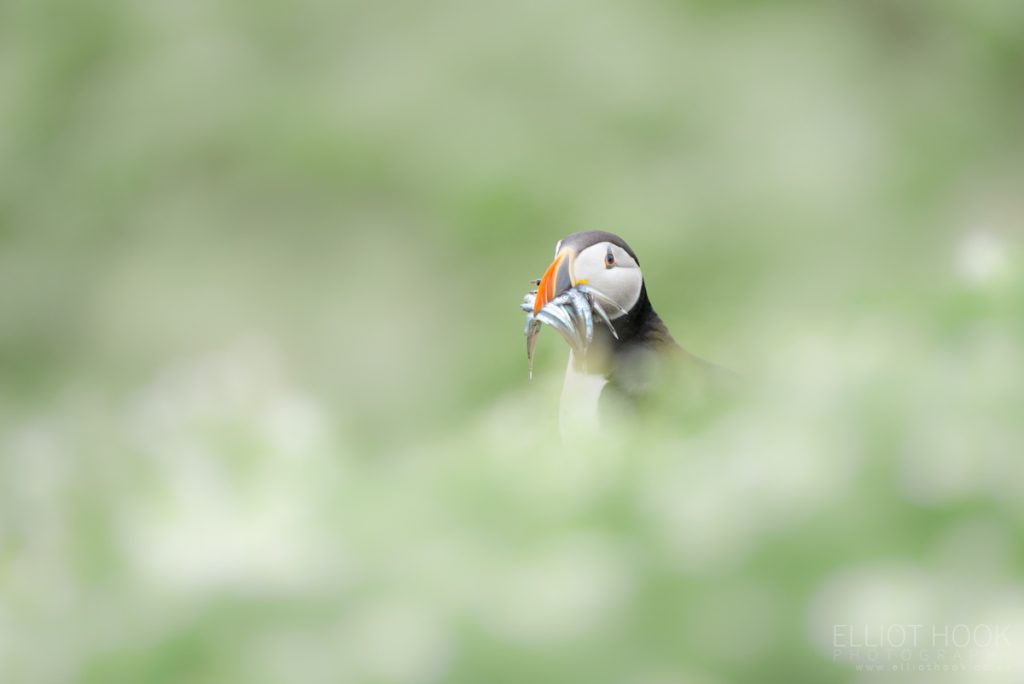 Now Skomer is the perfect place to capture portrait of puffins with dreamy out of focus foregrounds and backgrounds, like this image above amongst the daisies.  If anything, I’ve dedicated too much of my previous two trips to this pursuit and need to change it up a little this time around.  Still, it’s hard to resist well lit portraits… 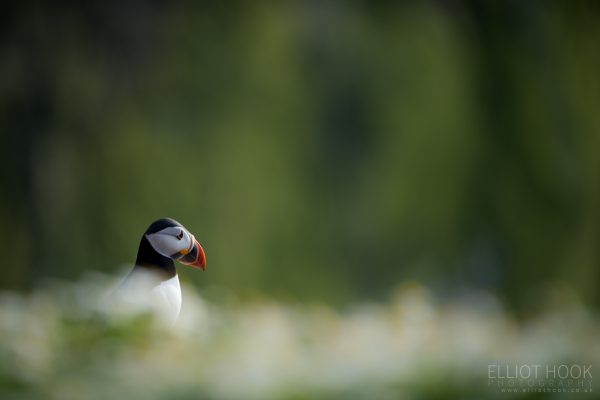 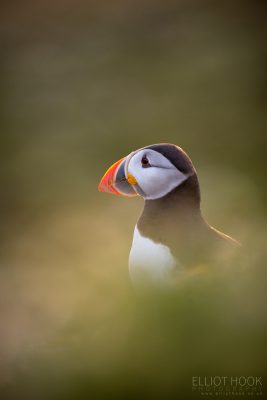 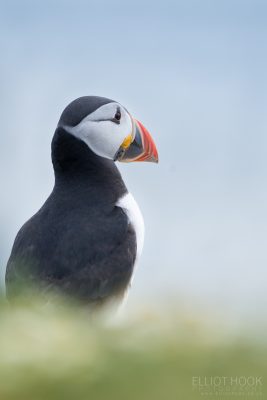 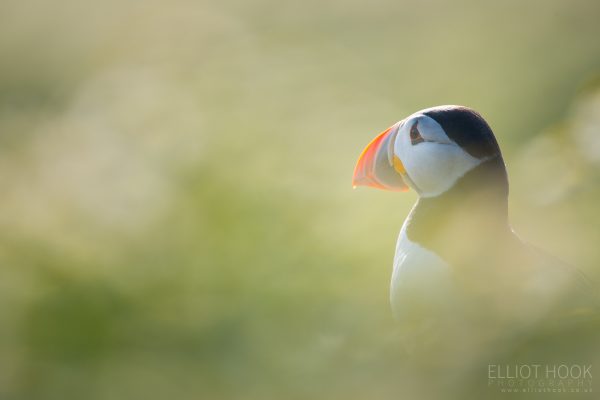 There are also plenty of opportunities for portraits against dusky pink skies, sand-eel images and even black and white portraits, which can work surprisingly well… 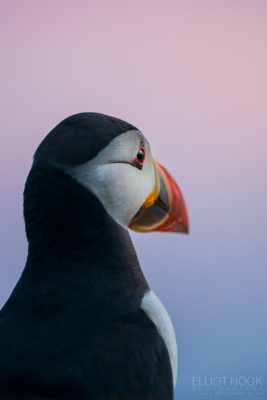 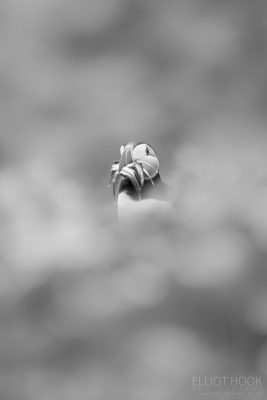 I didn’t capture many “different” images during the 2015 trip, it was mainly portraits of single birds.  I didn’t try any birds-in-flight, as they’re such incredibly quick birds and I wasn’t using the kit to maximise success, so I directed my efforts to where I thought I stood a better chance of coming away with good results.  One image I was happy with was the one below of the rafting puffin.  This was taken on a Monday, when there are no day-trippers on the island, in the late afternoon sun down by the landing stage. 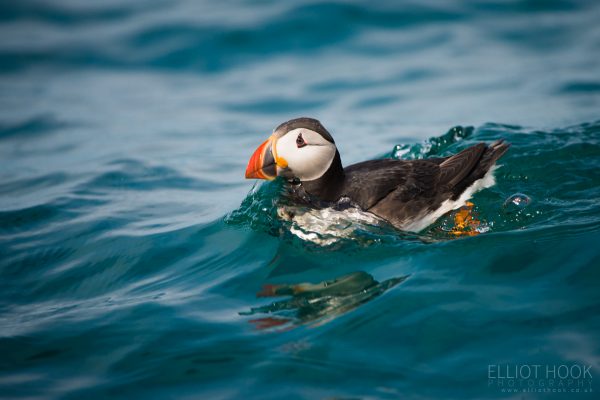 My favourite image from the entire 2015 trip is the image below.  It’s an in-camera multiple exposure image, made of of two images taken one directly after the other.  The first image was a portrait of a puffin and the second, some daisies.  I spent more time that I care to admit trying to perfect this technique at the time and have many failed attempts to show for it, but this was probably the single success that has since inspired a whole new project that is still a work-in-progress: 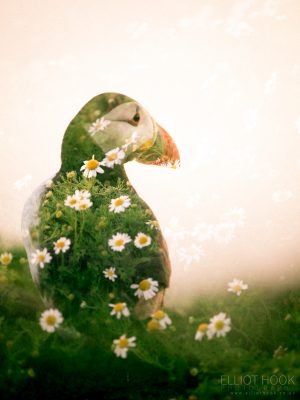 So what did I learn, going back through these images:

If I remember these points when out on Skomer, I should come back with images that increase the breadth of style of my puffin portfolio – it would be disappointing to forget this and just come back with more of the same.  And hopefully, I’ll actually update my puffin gallery with these images in a more timely fashion that after the last trip!