It’s been a good few years since we’ve had any decent snow here in Bedfordshire, especially snowfall coinciding with me being able to get out and shoot in it.  So last weekend, when a large portion of the UK had a good covering, I took the opportunity to go get out and shoot a local spot that’s been on my radar for a few years, just waiting for the right conditions.  The location is nothing special, just a field on the side of the A1(M) with a bridleway running through it.  However, importantly, there is a small copse of trees that sit on the brow of a small hill that, under the right conditions, could lend itself to some lovely minimalist compositions.

The conditions were ideal: there were already a couple of inches of snow on the ground and continued heavy snow fall meant that the sky was also white, with visibility down to a few hundred metres at best.  This was the perfect opportunity to capture the image I’d been planning for over 3 years: 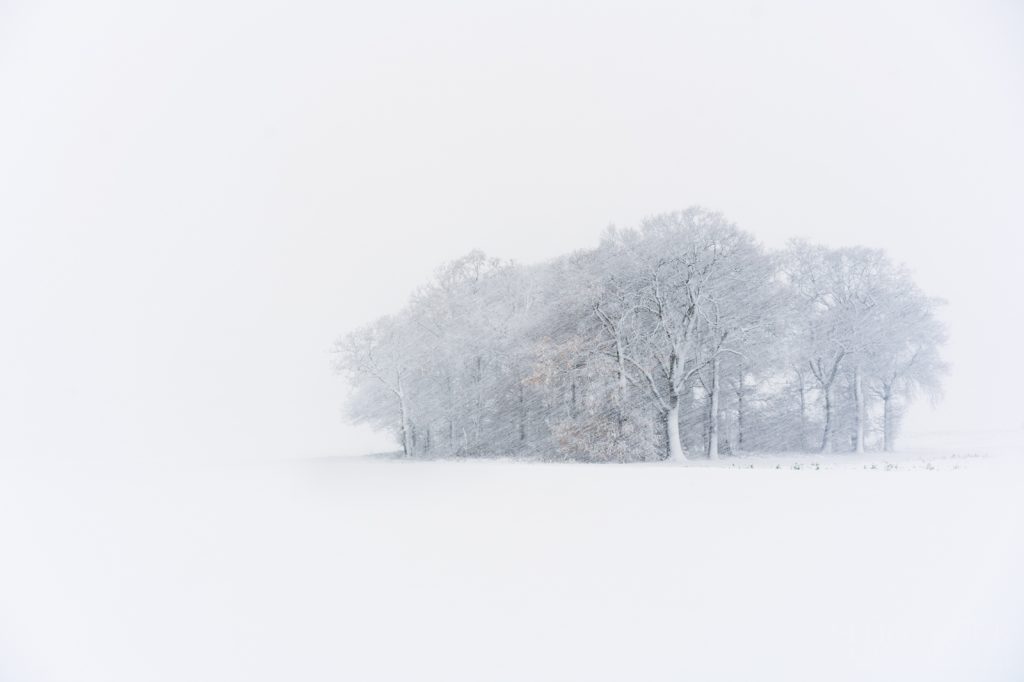 This is at 55mm, putting the trees fairly large in the frame.  The on-going snowfall gives it an almost pencil-sketch feel which, I wouldn’t mind but a few people have now assumed it to be some kind of post-processing effect! I also took the opportunity to try 28mm (though, changing lenses wasn’t a good idea, given the conditions!), a much wider view showing just how much of a white out it was, with some distant hedgerows just about visible on the right hand side of the image (click for larger view). 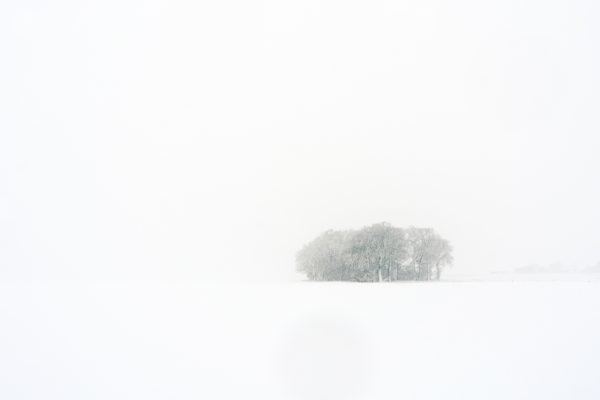 Whilst wandering about trying to find the best position to shoot the trees from, I came across this set of tyre tracks in the middle of the field.  I couldn’t resist shooting them before realising (based on something that happened about 30 minutes later) that they were most likely from some hare coursers taking advantage of the quiet morning.  The result is still pleasing, with the subtle changes in shades of white, if a little tinged with bitterness at the subject matter (click for larger view).

The final image I’m going to share from this morning is a similar composition to the first image above, but with the added bonus of a dog walker to give a human element to the bleak conditions. 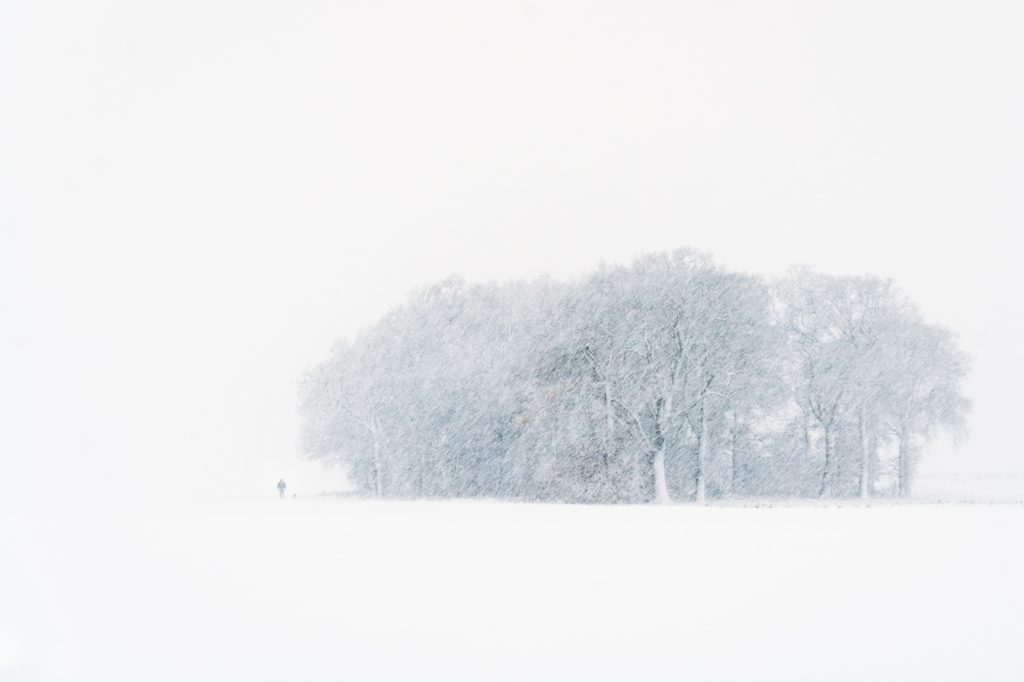 So all-in-all, a pleasing morning to be out.  It’s satisfying for a plan to come to fruition, especially one that’s been on my mind for a number of years, and just plain good fun getting to trudge about in some snow for a change!